Nothing is more precious than the truth.

The Jack Webster Foundation fosters and celebrates excellence in journalism to protect the public interest for British Columbians.

King of the
Vancouver airwaves

From the 1950s – 1990s Jack Webster was one of Canada’s best-known, respected and influential reporters. Over print, radio and television his work was synonymous with insightful, accurate and unabashed reporting. In 1987, he was inducted into the Canadian News Hall of Fame and was later appointed a member of the  Order of Canada.
Learn More 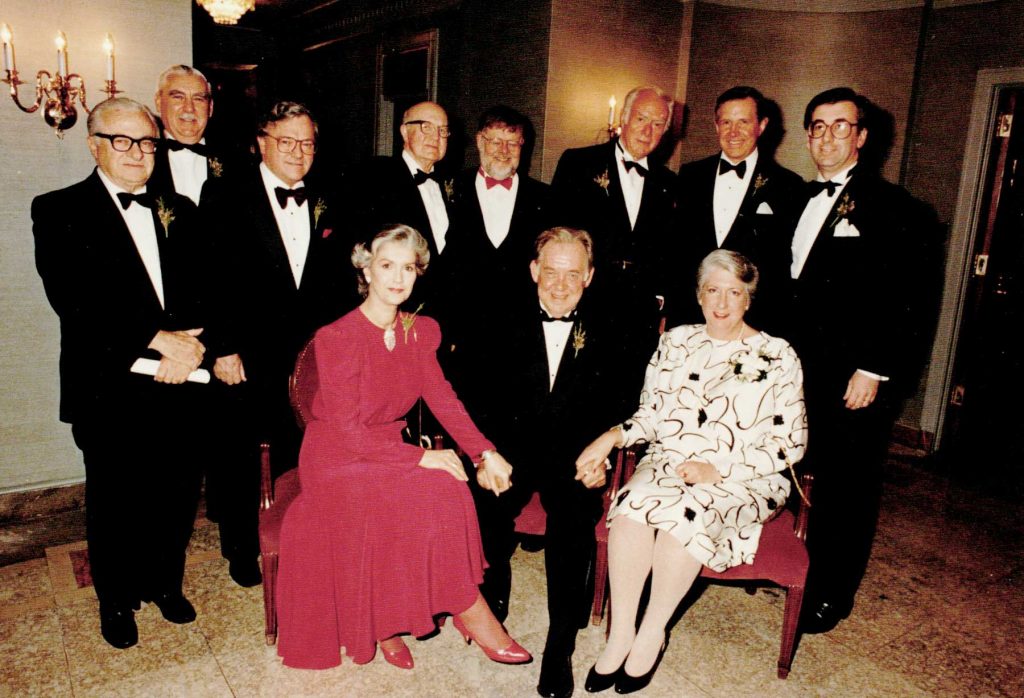 In 1986, a group of community-minded citizens organized a salute to Jack Webster on the occasion of his retirement from active journalism in British Columbia. Over 1,000 guests enjoyed the gala dinner filled with humorous stories, touching remembrances and, most of all, Jack’s Scottish brogue and insight into life around him.

From the proceeds of this successful dinner, the Jack Webster Foundation was established as a permanent tribute to Jack, and to foster and celebrate excellence in journalism to protect the public interest for British Columbians. Since 1987 the Foundation has recognized journalists for outstanding work at the annual Webster Awards where a unique statue, known as a ‘Webster’, is presented to the best journalists for stories/reporting in various categories. ‘Websters’ are considered the measure of journalistic excellence in British Columbia. 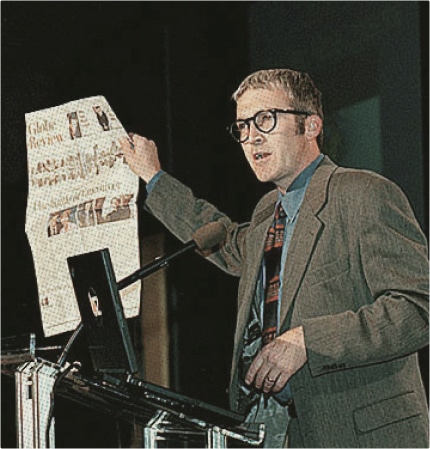 1987 - 1990
The Foundation presented annually one award: Best Reporting of the Year. In 1990, the Jack Webster Award of Distinction was introduced to honour journalists working with limited resources. Also, the Lando family of Vancouver, established the Science Award in honour of their son and brother, Barry, who was a producer with CBS’ 60 Minutes and who has a strong interest in the reporting of science based stories.
1991 - 1993

The Best Reporting of the Year award was divided into 3 awards, one each for print, radio and TV.

In 1991, the Webster Foundation established its Lifetime achievement award. The first recipient and namesake of the award was Bruce Hutchison, a legend in Canadian journalism.

Hutchison’s writing career stretched from 1918 at the Victoria Times Colonist to 1992 at the Vancouver Sun. In between, he worked for the Province, Winnipeg Free Press, Financial Post and Maclean’s. He wrote more than a dozen books. Received three national newspaper awards, 4 honourary university degrees and three governor general awards. His published opinions helped shape Canadian public policy for several generations and his writing about the land and its people have had a major influence on the way we think about who we are and what we might become.

His last article, filed on time as usual and not in need of any editing, ran in The Sun the month before his death at age 91. “If our children ask, some years hence, what happened and why we didn’t see it happening before our eyes, the answer is that humans never do, and maybe are happier, more durable, for the mercy of their ignorance. In the beginning, the wise man never asks the end.”

The list of winners of this most prestigious award is a veritable who’s who of journalism in a number of fields.

The Foundation added a Photojournalism Award which in 1995 became Best Visual Image Award. This award was phased out in 1996.

In 1996, three new awards were added. Best Reporting in the Chinese Language was introduced to recognize the growing and significant Chinese Language media in British Columbia. Jean Cormier, the first Chair of the Jack Webster Foundation, sponsored the Business Industry and Economics Award and a new award category for feature writing was created, which was divided into three awards in 1998, one each for print, radio and television.

The Jack Webster Award for Excellence in Legal Journalism was created in 2000 and sponsored by the Law Society of British Columbia who had up until 1999 administered its own media awards.

In 2001, a new category was added – The Jack Webster Award for Commentary. This award recognized the importance of commentary as it defines and grapples with significant issues in our community.

In 2003, the Commentary award was renamed the Commentator of the Year award and presented in honour of Linda Webster, Jack’s daughter who passed away in 2002. The sub-title ‘City Mike Award’ was added to reflect Jack’s cutting edge commentary on CJOR’s City Mike show in the 1950s.

In 2008, the Jack Webster Award for Online Journalism was introduced to reflect the importance on online media.

In 2011, the Jack Webster Foundation introduced an online submission process to provide a more convenient method for journalists to submit their broadcast and print entries.

In 2015, the Bill Good Award was established to honour Bill Good on the occasion of his retirement from his 50 year broadcast career. The award honours a member of the BC journalism profession – a journalist, broadcaster, builder or educator – who has made a significant contribution to the profession or the community-at-large. The inaugural award was presented to The Vancouver Sun columnist, Don Cayo.

2019 – The Foundation adds Indigenous Student Awards on offer to journalism students across the province.

2020 -Due to the COVID-19 pandemic, the Foundation’s annual Webster Awards event is presented online and the award for Excellence in Diversity & Inclusion Reporting is added.

2022 – Inaugural year for the Lieutenant Governor’s B.C. Journalism Fellowship of $25,000 and the Shelley Fralic Award

Help us continue to make a difference and create a community where trusted outstanding journalism thrives and donate today.

Special thanks to the Foundation’s Trustees for their dedication to the vision and mission of the Jack Webster Foundation.